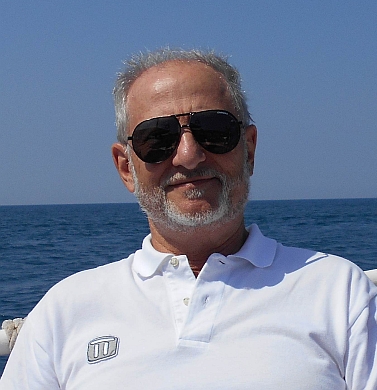 Born in Milan on October 29, 1952, by Orazio Bobbi and Norma Garavaglia.

He completed his career as an Aeronautical Construction Engineer, followed by the Airplane Pilot Patent.

Over the years he has completed training with the qualification of Mechanical Preparer. and Carrozzeria and then stop university studies by choosing to devote himself full time to the new exciting job of training adults in the industry.

Married in 1983 with Maria Teresa Scarpa, after the birth of his daughters Lucia Valeria and Elena Ilaria, he moved with the family in Legnano in 1992 where he still lives and works.

Last son of three generations of artists, he accompanied his father Orazio in his work as a sculptor, learning in the field and perfecting over time and under the guidance of his father, drawing , modeling in plasticine and metal laminates, forming in materials such as gypsum and resins, restoration.

In the last years, having more time to devote to his passion, also participates in exhibitions and events in Milan and in some municipalities of the Province of Milan.

Member of the  Circolo Socio Culturale Hobbisti of San Giorgio su Legnano, Claudio collaborates in the organization of initiatives on the territory.

The repertoire of creations by Claudio Bobbi is on-line on the personal website.